Proving the Value of FINFOAM in a Big Way 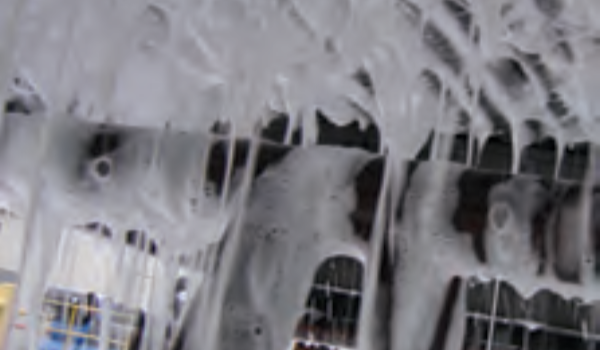 In the field of industrial cleaning services, it’s often a question of numbers for the client. Numbers like how long the cleaning job will take, how much more efficient the equipment is afterwards, how much production time is lost during the job, and of course, how much money the project costs.

For us to prove the value of a relatively new cleaning service like FINFOAM, we have to come through in a big way in all of those areas and put up some impressive numbers.

That’s what happened recently at a job in the midwestern US, where our technicians went far beyond the client’s expectations.

The story really starts two years ago. At that time, the refinery in question hired a team from the local Thompson Industrial Services office to clean their air-cooled heat exchangers using FINFOAM. Our team did a great job and the customer was completely satisfied, but the next time the components needed routine cleaning, the refinery’s managers chose to try out a competing service, mostly due to their dramatically lower price tag. Unfortunately, inspection after that discounted cleaning job revealed that the equipment had not been cleaned satisfactorily—in fact, the managers suspected that if they had had their own employees wash the fin fans using nothing but water, the results would have been similar.

This was definitely one of those cases in which you get what you pay for! Back to Thompson Having been disappointed by another industrial cleaning company, the managers at the refinery recognized the great contrast between their most recent cleaning and the job that the Thompson team had performed for them two years ago. The next time their equipment was scheduled for maintenance, they decided to have Thompson come again and take care of it. In fact, they expanded the scope of the cleaning from 14 to 22 fin fan units, indicating their confidence that the local Thompson team would be able to come through for them.

Our technicians got to work, applying our proprietary FINFOAM foaming agent that penetrates deep within air-cooled heat exchanger components and captures debris that impedes efficiency and threatens to corrode fins and other equipment. A quick rinse pushes the foaming agent and the debris out of the fin fan units, where it can be disposed of in an environmentally friendly way. The job progressed very quickly—in fact, so quickly that a manager at the refinery expressed concern that the team might be doing an incomplete job.

As always, our project coordinator took the client’s concerns very seriously and spent some time with him inspecting the work that the Thompson team had done so far.

To the client’s surprise and relief, the components that the team had worked on were actually much cleaner than he had ever seen them before. As the “before and after” photos showed, Thompson’s FINFOAM approach was not only much faster than the competition, but also much more thorough. Getting back to the idea of the numbers game, Thompson’s FINFOAM team came through in a big way for the client in this case. T

he cleaning project was wrapped up in half the time the refinery had scheduled for it, getting the facility back to production much sooner than anticipated. And since the heat exchanger components had been so thoroughly cleaned, efficiency was dramatically improved; the managers reported a drop in operating temperatures of up to 20% immediately following the cleaning. As the outdoor temperatures get hotter with the summer months, it is expected that the efficiency benefits will be even greater.

We never get tired of seeing facility managers experience surprise at how powerful and efficient our industrial cleaning services are. Best of all, our advanced, technology-based methods keep our employees and those of our clients safer than ever before by employing automated systems and robotic positioners rather than technicians with manual equipment.

For more information on FINFOAM and our other revolutionary maintenance and urgent cleaning solutions, take a look at our website’s service pages or get in touch with us directly to talk with our experts.

What you need to know about High Volume Hydroblasting

When most folks talk about high pressure cleaning, they are generally thinking about the portable pressure washers from the local home and garden...

Let's dive into the details of what FINFOAM® is, how this...